One of Jack’s cards from the end of the Synchro Arc is being printed in INOV! 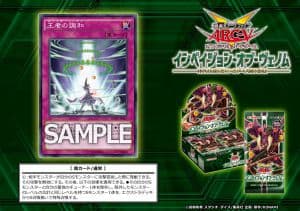