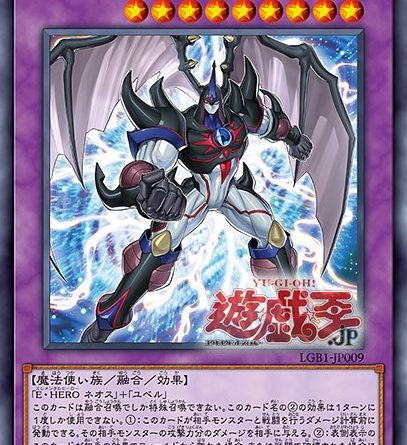 In which apparently heroes and rivals n’ villains have their ace monsters merged together. 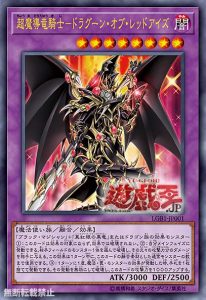 LGB1-JP001
Chou Madou Ryukishi Dragoon of Red-Eyes / Dragoon of Red-Eyes
Level 8 DARK Spellcaster Fusion Effect Monster
ATK 3000
DEF 2500
Fusion Materials: “Dark Magician” + “Red-Eyes B. Dragon” or 1 Dragon Effect Monster
(1) Cannot be targeted by, or destroyed by, card effects.
(2) Up to a number of times per turn equal to the Normal Monsters used as this card’s Fusion Material, during your Main Phase: You can destroy 1 monster your opponent controls, and if you do, inflict damage to your opponent equal to its original ATK.
(3) Once per turn, when a card or effect is activated (Quick Effect): You can discard 1 card; negate the activation, and if you do, destroy that card, and if you do that, this card gains 1000 ATK.

And of course Dark Cavalry is based off Dark Paladin (chou madou kenshi, “Supreme Magical Swordsman”) 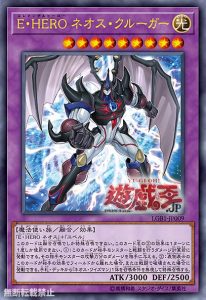 LGB1-JP009
Elemental HERO Neos Kluger
Level 9 LIGHT Spellcaster Fusion Effect Monster
ATK 3000
DEF 2500
Fusion Materials: “Elemental HERO Neos” + “Yubel”
Must be Fusion Summoned.
You can use the (2)nd effect with this card’s name only once per turn.
(1) If this card battles an opponent’s monster, before damage calculation: You can inflict damage to your opponent equal to that opponent’s monster’s ATK.
(2) If this face-up card is destroyed by battle, or leaves the field because of an opponent’s card effect while its owner controls it: You can Special Summon 1 “Neos Wiseman” from your hand or Deck, ignoring its Summoning conditions.

Note: This card’s name comes from Kluger, as in the German word, sorta, for Wiseman. 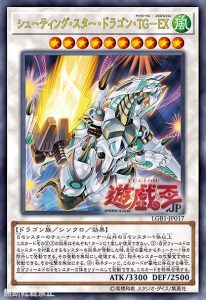 LGB1-JP017
Shooting Star Dragon Tech Genus – Expansion / Shooting Star Dragon T.G. – Expansion
Level 10 WIND Dragon Synchro Effect Monster
ATK 3300
DEF 2500
Synchro Materials: 1 Tuner Synchro Monster + 1+ non-Tuner Synchro Monsters
You can use each effect among the (2)nd and (3)rd effects with this card’s name only once per turn.
(1) When a monster effect is activated that targets a monster(s) you control (Quick Effect): You can banish 1 Tuner from your GY; negate the activation, and if you do, destroy it.
(2) When an opponent’s monster declares an attack: You can negate the attack.
(3) During your opponent’s turn, if this card is in your GY (Quick Effect): You can Tribute 2 Synchro Monsters; Special Summon this card. 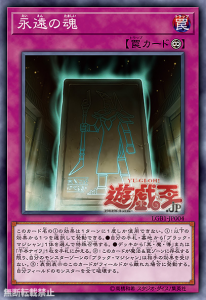 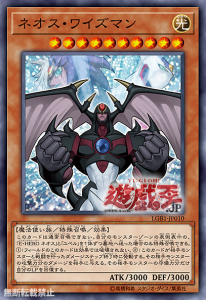 Note: This reprint of Neos Wiseman clarifies it must send “Elemental HERO Neos” and “Yubel” from your Monster Zones, with no Equip Card clownshoery 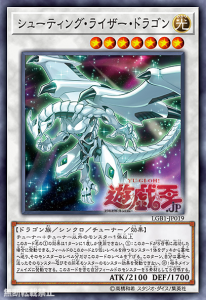