Including a special Ancient Gear Monster, Pendulums people for ARC-V Decks have been wanting, and a Destiny HERO. 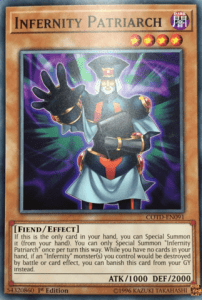 Infernity Patriarch
Level 4 DARK Fiend Effect Monster
ATK 1000
DEF 2000
If this card is the only card in your hand, you can Special Summon it (from your hand). You can only Special Summon “Infernity Patriarch” once per turn this way. While you have no cards in your hand, if an “Infernity” monster(s) you control would be destroyed by battle or card effect, you can banish this card from your GY instead. 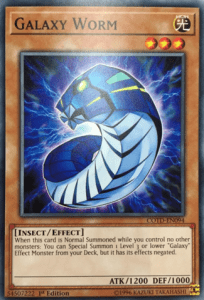 Galaxy Worm
Level 3 LIGHT Insect Effect Monster
ATK 1200
DEF 1000
When this card is Normal Summoned while you control no other monsters: You can Special Summon 1 Level 3 or lower “Galaxy” Effect Monster from your Deck, but it has its effects negated. 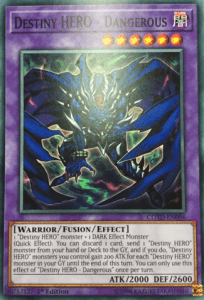 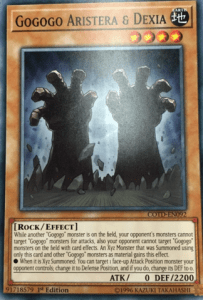 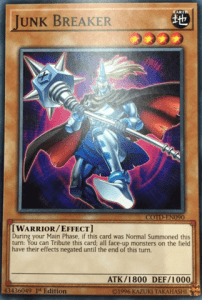 Junk Breaker
Level 4 EARTH Warrior Effect Monster
ATK 1800
DEF 1000
During your Main Phase, if this card was Normal Summoned this turn: You can Tribute this card; all face-up monsters on the field have their effects negated until the end of this turn. 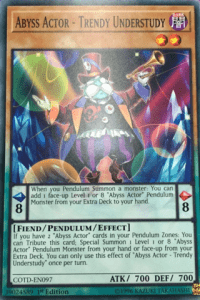 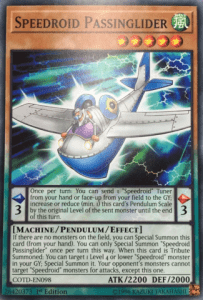 Speedroid Passinglider
Level 5 WIND Machine Pendulum Effect Monster
ATK 2200
DEF 2000
Pendulum Scale: 3
Pendulum Effect:
Once per turn: You can send 1 “Speedroid” Tuner from your hand or face-up on your field to the GY; increase or reduce (min. 1) this card’s Pendulum Scale by the original Level of the sent monster until the end of this turn.
Monster Effect:
If there are no monsters on the field, you can Special Summon this card (from your hand). You can only Special Summon “Speedroid Passinglider” once per turn this way. When this card is Tribute Summoned: You can target 1 Level 4 or lower “Speedroid” monster in your GY; Special Summon it. Your opponent’s monsters cannot target “Speedroid” monsters for attacks, except this one. 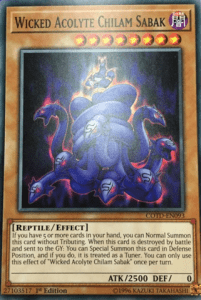 Wicked Acolyte Chilam Sabak
Level 8 DARK Reptile Effect Monster
ATK 2500
DEF 0
If you have 5 or more cards in your hand, you can Normal Summon this card without Tributing. When this card is destroyed by battle and sento to the GY: You can Special Summon this card in Defense Position, and if you do, it is treated as a Tuner. You can only use this effect of “Wicked Acolyte Chilam Sabak” once per turn. 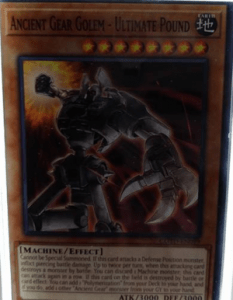 Ancient Gear Golem – Ultimate Pound
Level 8 EARTH Machine Effect Monster
ATK 3000
DEF 3000
Cannot be Special Summoned. If this card attacks a Defense Position monsters, inflict piercing battle damage. Up to twice per turn, when this attacking card destroys a monster by battle: You can discard 1 Machine monster; this card can attack again in a row. If this card on the field is destroyed by battle or card effect: You can add 1 “Polymerization” from your Deck to your hand, and if you do, add 1 other “Ancient Gear” monster from your GY to your hand.