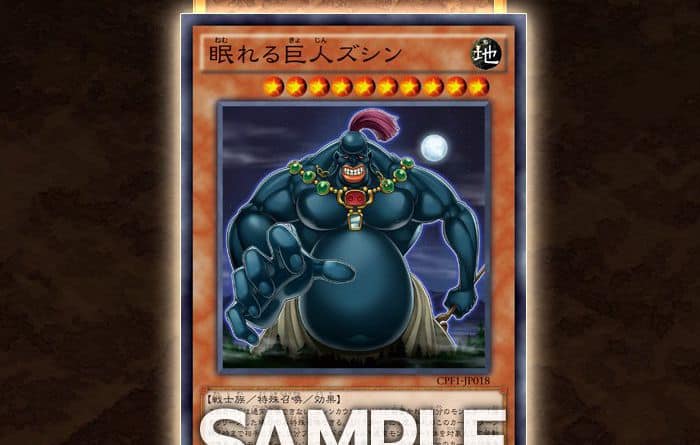 The most common and never before Summoned monster from 5D’s finally appears. The man. The myth. The legend beyond legends. The ace card of Team Taiyou. 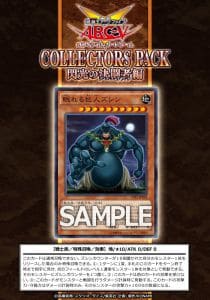 CPF1-JP018 眠れる巨人ズシン Nemureru Kyojin Zushin (Zushin the Sleeping Giant)
Level 10 EARTH Warrior-Type Special Summon Effect Monster
ATK 0
DEF 0
Cannot be Normal Summoned/Set. Must be Special Summoned by Tributing 1 monster you contrl that has 10 Zushin Counters on it.
(1) Once per turn: Reveal this card in your hand until the end of the turn, then target 1 Level 1 Normal Monster on your field; place 1 Zushin Counter on that monster.
(2) This card is unaffected by other card effects.
(3) When this card battles another monster, during damage calcuation: This card’s ATK and DEF become equal to that monster’s ATK +1000 during damage calculation only.