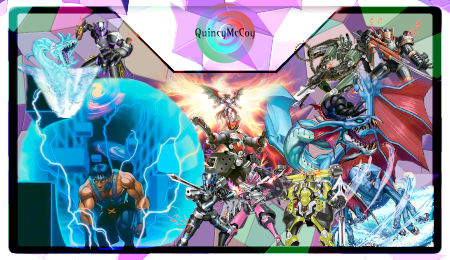 Back to the Igknights, this time equipped with a full profile!

Hello everyone, and thanks for joining us at this celebration of Normal monsters, Pendulum Summoning, new card reveals, Equip Spells, and… well that’s about it really. The Igknight archetype is known for its ability to blow through Pendulum monsters, destroying your Igknights in the Pendulum Zones to tutor any FIRE Warrior. The new Ignis Phoenix, the Dracoslayer (YGOrg Translation) recently revealed for Darkwing Blast takes this to the next level, as it summons an Igknight monster from the deck and turns it into a tuner whenever it is destroyed on the field. Additionally, it can tutor a non-Pendulum Igknight monster as a Pendulum Spell, which means that Igknight Champion has finally found a home within the archetype! (Or Igknight Lancer if you’d prefer). Other than these two, the rest of the Igknights all have the luxury of being Normal Monsters, gaining all the relevant support cards such as Unexpected Dai, Painful Decision, Summoner’s Art, and most importantly, Heat Wave. This last Spell prevents both players from summoning Effect monsters until the end of your opponent’s next turn, but that shouldn’t harm you given that you’ll be summoning Normal Monsters!

Note: This is continuing the style of Creative Deck Profile articles, designed to showcase a build through replays and an attached summary. If you wish to see a CDP for an archetype, theme, or strategy you love, feel free to private message me on the YGOrg Discord server, the comments section of any of my YouTube videos, or just post a comment in response to this article on our Facebook page with your ideas to keep under consideration! On most YGO-related communities my username is Quincymccoy, so feel free to reach out. Current pending requested profiles include: Danger!, Star Warrior, Trap Monsters. 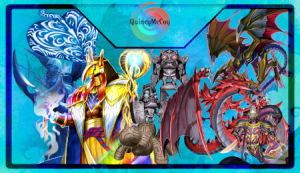