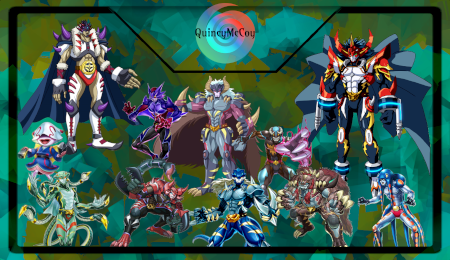 These Warriors put up a fight… literally.

The Gouki archetype featured in today’s profile is an EARTH/Warrior archetype that floats like a butterfly then stings like a bee… Each of the primary Main Deck Gouki monsters search another Gouki card when sent from the Field to the GY, giving you an insane amount of search power. The primary search target will probably be Gouki Re-Match, which summons 2 fallen Gouki monsters back from your GY to the field. The only issue ends up being – how you get your initial two Gouki monsters onto the field to start the fun. Gouki Suprex is the first option, as it summons another Gouki from the hand when Normal Summoned. The second option I chose to run is Fire Flint Lady, a great generic Warrior support card. The third option is to just summon another Warrior first, then make Isolde, Twin Tales of the Noble Knights to tutor your second Gouki directly from the deck! In my build, Super Quantum Red Layer fills that role of Link Material perfectly! With the addition of all these FIRE Warriors supporting the Gouki, it only made sense to tech in a small Infernoble Knight engine as well.

That entire first section was about how the Gouki float, but how about the stinging? At the end of the day, this is a Link spam theme, offering a versatile spread of powerful Link monsters, ranging from Link 4 to Link 2. Gouki the Giant Ogre protects itself from battle, monster effects, and other effects that target it or a monster it points to. Gouki the Powerload Ogre is the generic Link 4 option, made from any Warrior monsters, that is unaffected from other effects entirely and can bomb your opponent’s field away. Finally Gouki the Master Ogre can attack all monsters your opponent controls and negate your opponent’s monster effects. While these boss monsters are just a taste of the theme, the end goal is typically these Link 4 bosses whenever possible. This sets up for the perfect Gouki Finshing Move, a Normal Spell that boosts the ATK of a Gouki Link monster by its Link Rating, sometimes up to 4000 attack. Oh, plus it gives it piercing, so fun times ahead for an opponent! Enter the cage match with the Gouki and punch your opponent down to size.

Note: This is continuing the style of Creative Deck Profile articles, designed to showcase a build through replays and an attached summary. If you wish to see a CDP for an archetype, theme, or strategy you love, feel free to private message me on the YGOrg Discord server, the comments section of any of my YouTube videos, or just post a comment in response to this article on our Facebook page with your ideas to keep under consideration! On most YGO-related communities my username is Quincymccoy, so feel free to reach out. Current pending requested profiles include: Prediction Princess, TeleDAD, Ritual Dogmatika, Yang Zing. Some of my prior requests was covered by participants in CDSS6 and even more were re-covered in CDSS7, so I highly suggest checking those out and subscribing to my channel for all of my latest profiles on YouTube! 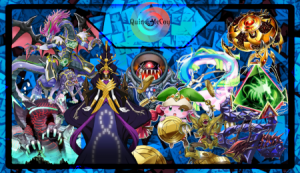