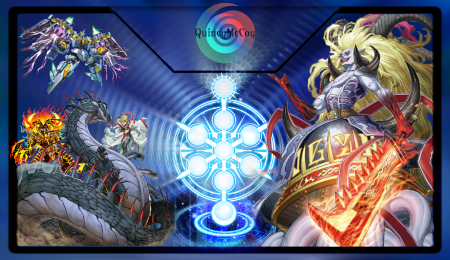 All of this core gameplay has existed since the theme’s release, but the theme is about to get a major power-up in the next core set. Vara, Seidhr of the Generaider Bosses (YGOrg Translation) is a new Level 9 Generaider that can Special Summon itself from the hand or GY by sending another Generaider card, then when Special Summoned, Vara Special Summons any other Generaider monster from your GY. Both of these effects are insane – the first is great for getting dead Bosses out of your hand, and the second is an upgraded version of Hela, Generaider Boss of Doom’s effect. This also sets up extremely well for Xyz Summons, since it gives you the second Level 9 monster for an Xyz Summon… Speaking of that, the theme also will get a new Rank 9 Boss monster in the form of Laevateinn, Generaider Boss of Shadows (YGOrg Translation). This Rank 9 carries a Quick Effect to tribute itself and summon a non-FIRE Fairy Generaider Xyz, then attach materials from either player’s field or GY as Xyz Material equal to the amount originally on Laevateinn. In other words, you can rip 2 of their backrow, 2 of their boss monsters, heck even two cards from their GY with GY effects (as seen in the Dinorphia replay), all while summoning your Jormungandr, Generaider Boss of Eternity for even more triggers of Boss Stage.

While the optimal way to play this theme still includes the World Legacy support, due to the existence of World Legacy Monstrosity, the new in-archetype support for the theme gives it a new lease on life and another chance to terrorize unexpecting opponents. After all, who doesn’t want to play the evil boss from the video games of your childhood?

Note: This is continuing the style of Creative Deck Profile articles, designed to showcase a build through replays and an attached summary. If you wish to see a CDP for an archetype, theme, or strategy you love, feel free to private message me on the YGOrg Discord server, the comments section of any of my YouTube videos, or just post a comment in response to this article on our Facebook page with your ideas to keep under consideration! On most YGO-related communities my username is Quincymccoy, so feel free to reach out. Current pending requested profiles include: Dracoslayer, Chaos Synchro, Kashtira 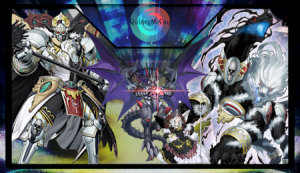