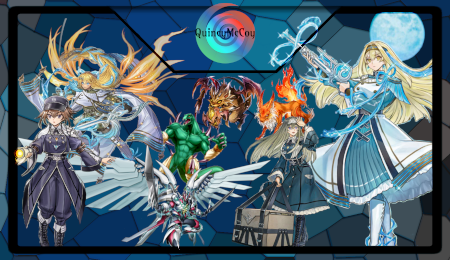 We should equip all girls with moonbeam weapons!

If both of these Xyz monsters just seem like a drop in the bucket, they’re nothing compared to Exosisters Magnifica (YGOrg Translation), a Rank 8 Xyz monsters that is summoned using 2 Rank 4 Exosister monsters. Magnifica can attack twice and can detach a material in order to banish a card the opponent controls. Additionally, when your opponent uses an effect, it can return an attached Xyz monster to the Extra Deck, then Xyz Summon the returned monster using Magnifica as the material. In addition to Number F0: Utopic Draco Future, Magnifica serves as the final boss for the theme. Given all of these Xyz monsters, I’m running a Generation Force package, including Xyz Shift to switch between the Rank 4 Exosisters, Wonder Xyz to Xyz Summon during the opponent’s turn, and Xyz Slidolphin and Astraltopia for more materials. Speaking of more materials, since the Exosisters are Spellcasters, I’m running 1 of each of the Charmer familiars as generic extenders: Jigabyte, Inari Fire, Ranryu, and Nefarious Archfiend Eater of Nefariousness. Strike your opponent where it hurts most by locking out the GY and banishing their hopes and dreams with the Exosisters!

Note: This is continuing the style of Creative Deck Profile articles, designed to showcase a build through replays and an attached summary. If you wish to see a CDP for an archetype, theme, or strategy you love, feel free to private message me on the YGOrg Discord server, the comments section of any of my YouTube videos, or just post a comment in response to this article on our Facebook page with your ideas to keep under consideration! On most YGO-related communities my username is Quincymccoy, so feel free to reach out. Current pending requested profiles include: Barian, Barrel Dragon, Dragonmaid, Amazement, Gusto, Zombie World, Lightray. Some of my prior requests was covered by participants in CDSS6 and even more were re-covered in CDSS7, so I highly suggest checking those out and subscribing to my channel for all of my latest profiles on YouTube! 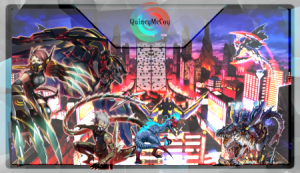