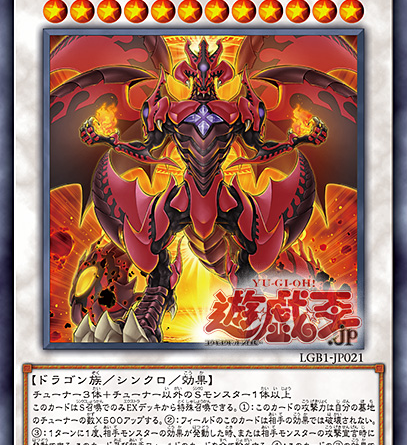 Not mixes, but remakes 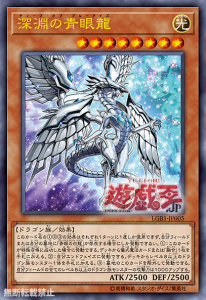 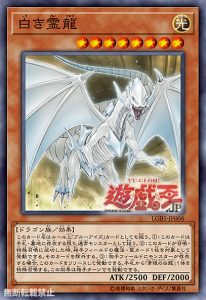 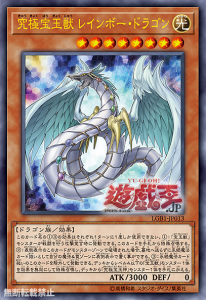 LGB1-JP013 Kyuukyoku Hougyokujuu Rainbow Dragon (Rainbow Dragon, the Zenith Crystal Beast)
Level 8 LIGHT Dragon Effect Monster
ATK 3000
DEF 0
You can only use this card name’s (1) and (3) effects once per turn each.
(1) When an attack involving a “Crystal Beast” monster is declared: You can Special Summon this card from your hand.
(2) If this face-up card is destroyed in the Monster Zone, you can place it face-up in your Spell & Trap Zone as a Continuous Spell instead of sending it to the GY.
(3) You can banish this card that’s treated as a Continuous Spell: Special Summon 1 Level 4 or lower “Crystal Beast” monster from your Deck (but its effects are negated), and if you do, add 1 “Ultimate Crystal” monster from your Deck to your hand. 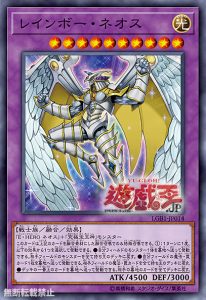 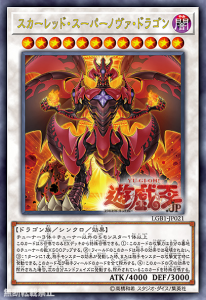 LGB1-JP021 Scar-Red Supernova Dragon (Red Supernova Dragon)
Level 12 DARK Dragon Synchro Effect Monster
ATK 4000
DEF 3000
Materials: 3 Tuners + 1+ non-Tuner Synchro Monsters
Must first be Synchro Summoned.
(1) Gains 500 ATK for each Tuner in your GY.
(2) Cannot be destroyed by your opponent’s card effect.
(3) Once per turn, when an opponent’s monster effect is activated, or during an opponent’s monster’s attack declaration (Quick Effect): You can banish this card and all cards your opponent controls.
(4) If this card was banished by its (3) effect, during your next End Phase: Special Summon this banished card. 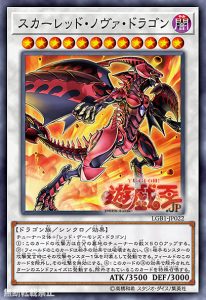 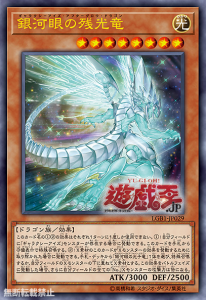 LGB1-JP029 Galaxy-Eyes Afterglow Dragon
Level 8 LIGHT Dragon Effect Monster
ATK 3000
DEF 2500
You can only use this card name’s (1) and (2) effects once per turn each.
(1) If you control a “Galaxy-Eyes” monster: You can Special Summon this card from your hand in Defense Position.
(2) If this Xyz Material is detached from an Xyz Monster to activate its effect: You can take 1 “Galaxy-Eyes Photon Dragon” from your hand or Deck, and either Special Summon it or attach it to an Xyz Monster you control as material. In addition, if this effect was activated during the Battle Phase, you can double the ATK of all “Number” Xyz Monsters you control. 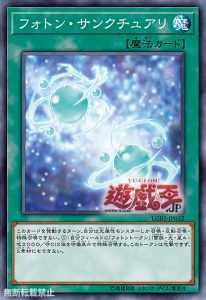 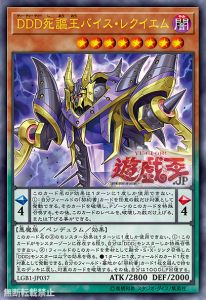 LGB1-JP037 DDD Shiouou Vice Requiem / D/D/D Eulogy King Vice Requiem
Level 8 DARK Fiend Pendulum Effect Monster
ATK 2800
DEF 2000
Pendulum Scale: 4
Pendulum Effect:
You can only use the Pendulum Effect of this card’s name once per turn.
(1) Target any number of “Dark Contract” cards you control; destroy them, and if you do, Special Summon this card from your Pendulum Zone, then you can increase or decrease the Level of this card by the number of cards destroyed.
Monster Effect:
You can only use the (2) effect of this card’s name once per turn.
(1) You cannot Special Summon monsters, except “D/D/D” monsters.
(2) A “D/D/D” monster that was Fusion, Synchro, Xyz or Link Summoned using this card on the field as a material gains the following effect.
• Once per turn: You can target 1 card on the field; return 1 “Dark Contract” card among the cards in your field and GY to the Deck, and if you do, destroy the targeted card, then you gain 1000 LP. 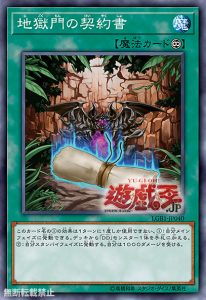 LGB1-JP040 Dark Contract with the Gate 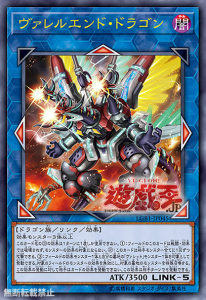 LGB1-JP045 Borrelend Dragon
Link 5 DARK Dragon Link Effect Monster
ATK 3500
Links: Top, Left, Bottom Left, Bottom Right, Right
Materials: 3+ Effect Monsters
You can only use the (3) effect of this card’s name once per turn.
(1) Cannot be destroyed by battle or card effects, also cannot be targeted for monster effects.
(2) This card can attack all monsters your opponent controls once each.
(3) (Quick Effect): You can target 1 Effect Monster on the field and 1 “Rokket” monster in your GY; negate the effect of the target on the field, and if you do, Special Summon the target from the GY. Your opponent cannot activate cards or effects in response to this effect’s activation. 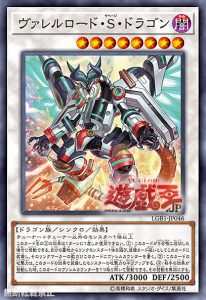