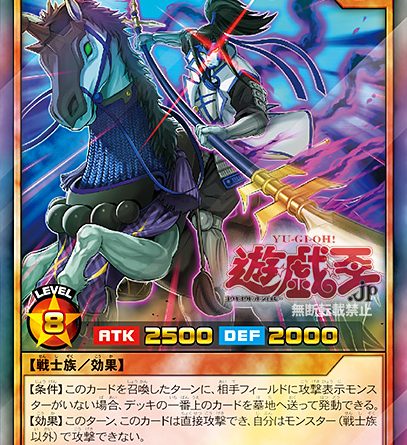 What if you said “I want to direct attack” and God said “Sure”? 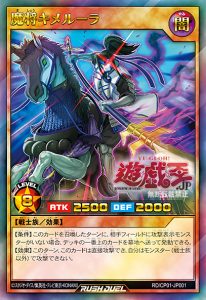 RD/CP01-JP001 Mashou Kimeruler (Demonic General Kimeruler)
Level 8 DARK Warrior-Type Effect Monster
ATK 2500
DEF 2000
Requirement: During the turn this card is Normal Summoned, if your opponent controls no Attack Position monsters, you can send the top card of your Deck to the Graveyard.
Effect: During this turn, this can attack directly, but your monsters (non-Warrior-Type) cannot attack. 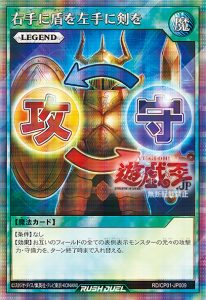 RD/CP01-JP009 Migite ni Tate wo Hidarite ni Ken wo (Shield & Sword) (LEGEND)
Normal Spell Card
Requirement: None
Effect: Switch the original ATK and DEF of all face-up monsters currently on the field, until the end of this turn. 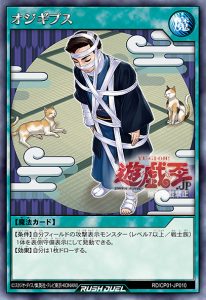 Note: Ojigipusu is a pormanteau of Ojigi (Bowing) and Gipusu (Gyps as in Gypsum, the plaster you use for a cast)