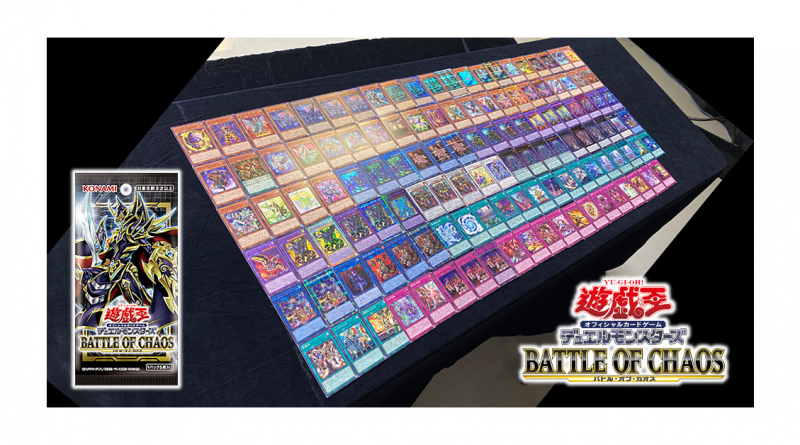 You knew this guy would be coming back, right. 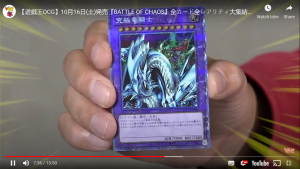 Dragon Master Knight is the reprint card for Battle of Chaos! 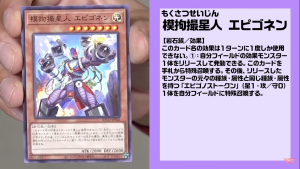 Mokusatsu Seijin Epigonen (Epigonen the Imitarian)
Level 7 LIGHT Rock Effect Monster
ATK 2000
DEF 2000
You can only use this card name’s effect once per turn.
(1) You can Tribute 1 Effect Monster; Special Summon this card from your hand, then, Special Summon 1 “Epigonos Token” (Level 1/ATK 0/DEF 0) with the same original Type and Attribute as the monster you Tributed. 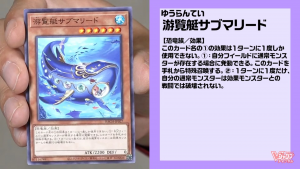 Yuurantei Submaleed (Submaleed the Sightseeing Ship)
Level 6 WATER Dinosaur Effect Monster
ATK 2200
DEF 0
You can only use this card name’s (1) effect once per turn.
(1) If you control a Normal Monster: You can Special Summon this card from your hand.
(2) Once per turn, the first time a Normal Monster you control battles an Effect Monster, it is not destroyed by that battle. 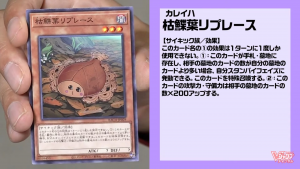 Kareiha Leapress (Leapress the Withered Flounder)
Level 3 DARK Psychic Effect Monster
ATK ?
DEF ?
You can only use this card name’s (1) effect once per turn.
(1) During your Standby Phase, if this card is in your hand or GY and your opponent has more cards in their GY than you do: You can Special Summon this card.
(2) Gains 200 ATK/DEF for each card in your opponent’s GY. 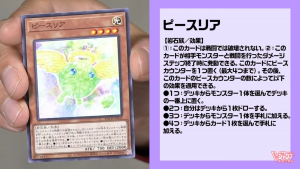 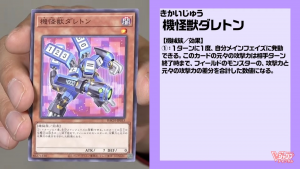 Kikaijuu Dareton (Mechabeast Dareton)
Level 1 DARK Machine Effect Monster
ATK ?
DEF 0
(1) Once per turn: You can activate this effect; this card’s original ATK becomes equal to the sum of the difference between the current ATK and original ATK of all monsters on the field, until the end of your opponent’s turn. 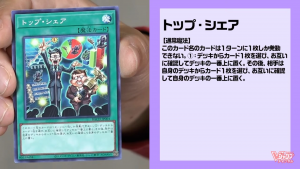 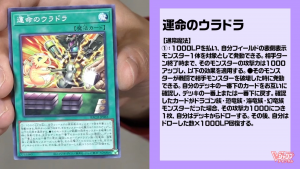 Unmei no Uradora (Uradora of Fate)
Spell Normal Card
(1) Pay 1000 LP, then target 1 face-up monster you control; until the end of your opponent’s turn, that monster gains 1000 ATK, also apply this effect to it.
• When that monster destroys an opponent’s monster by battle: You can reveal the bottom card of your Deck, and if you do, return it to either the top or bottom of the Deck. If the revealed card was a Dragon, Dinosaur, Sea Serpent, or Wyrm monster, draw 1 card for each 1000 ATK that monster had, then, gain 1000 LP for each card drawn. 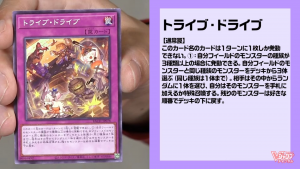 Tribe Drive
Normal Trap Card
You can only activate 1 card with this card’s name per turn.
(1) If there are 3 or more different Types among monsters you control: Choose 3 monsters from your Deck with different Types from each other that share a Type with a monster you control, have your opponent pick 1 of them at random, and you either add that card to your hand or Special Summon it. Place the other monsters on the bottom of the Deck in any order.