Comments from the Cast 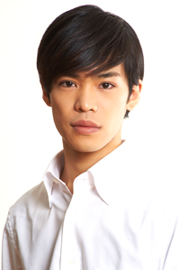 Kensho Ono as Yūya Sakaki
Question 1: Please tell us about the appeal of the character you play?
Since some bad things happened to Yuya when he was younger, he’s prone to running away at the first hint of danger, but he wants to become a more straightforward and direct kinda guy who’s able to face his problems.

Question 2: What was your impression after recording?
It was fun. There was a lot of communciation going on at the rrecording studio from the get-go, so it was really good. I really want to do my best and have a blast doing it.

Question 3: What would you like to say to the fans?
I’m trying my best, just like Yuya does when he duels, so that everyone watching the show will be able to enjoy it. 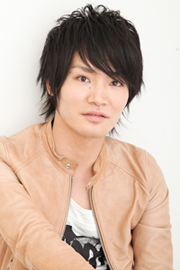 Yoshimasa Hosoya as Reiji Akaba
Question 1: Please tell us about the appeal of the character you play?
He’s a Dueling genius who takes winning for granted. He has a undefeated record as both a Duelist and the head of a company, so naturally, he doesn’t care about other Duelists, but this changes when he encounters the main character (Yuya).

Question 2: What was your impression after recording?
I thought it was a rather adult, professional session.

Question 3: What would you like to say to the fans?
The main focus is on Duels as a form of entertainment. I intend to improve my performance as the character, while enjoying myself just as much as the viewers at home. 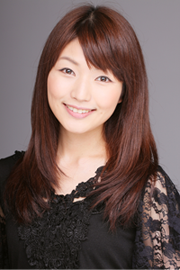 Yuuna Inamura as Yuzu Hiiragi
Question 1: Please tell us about the appeal of the character you play?
Yuzu’s charm is that she’s a powerful, level-headed girl who’s a gentle-hearted girl who’s good at playing the Tsukkomi (Straight man in a Comic Duo)☆ Her special skill is being a Harisen Tsukkomi* with a good strong *SLAP*!, so I think she’ll be really enjoyable to watch. I think watching Yuzu get better at Dueling while cheering on her childhood friend, Yuya, as hard as she can, is what makes her appealing.

* Tsukkomi who slaps the comic foil with a paper fan, a classic gag bit in Japan

Question 2: What was your impression after recording?
I haven’t done voice work for a TV show in a really long time, so I was nervous at first. While my heart was pounding when we recorded the first episode, and the air felt so tense you could cut it with a knife, it was also really pleasant. Everyone else felt tense and their hearts were pounding, but by the end, there was a strange sense of unity, and the recording studio felt quite calm. Because the story was a ton of fun, I think I’ll enjoy working alongside the staff and my co-stars.

Question 3: What would you like to say to the fans?
To those who have been fans of the Yu-Gi-Oh! franchise since the beginning and those just joining for the first time☆, a new “Yu-Gi-Oh!” series is starting in April! It’s a show full of smiles and a great sense of humor that will make everyone’s hearts pound. The cute monsters are also really charming ☆ I’m going to keep trying my best to play my role, so everyone will be able to enjoy it! Please look forward to the show airing ♪