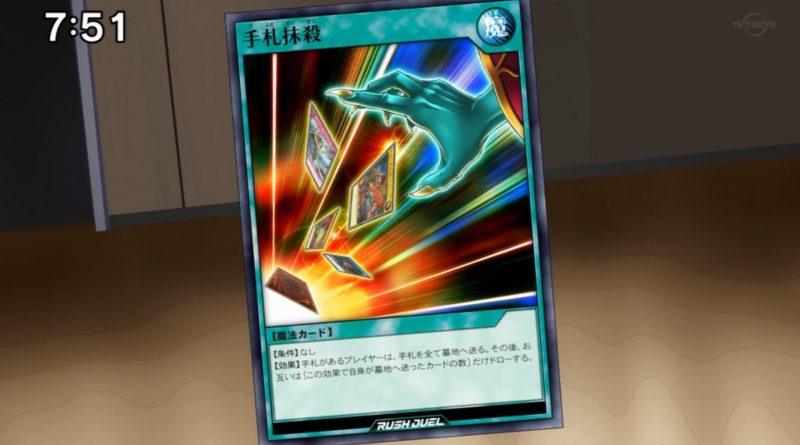 Note: These cards are not confirmed to be released in the Rush Duel card game.

ロイヤルデモンズ・シャウト Royal Demon’s Shout
Level 4 LIGHT Fiend Effect Monster
ATK 1200
DEF 0
Requirement: If there is a face-up monster (Level 7 or higher) on your opponent’s field, you can send 1 card from your hand to the Graveyard to activate.
Effect: Randomly choose up to 2 cards from the opponent’s hand and send them to the Graveyard. 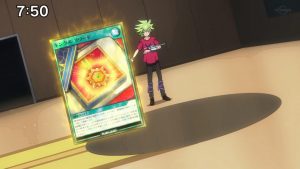 キングス・リワード King’s Reward
Normal Spell Card
Requirement: You can return 1 Normal Monster (Level 4/Fiend-Type) from your Graveyard to the Deck to activate.
Effect: Destroy 1 face-up monster (Level 6 or lower) monster on the opponent’s field. If a monster is destroyed by this effect, your opponent draws 1 card. During the turn this effect is activated, you cannot attack directly with monsters. 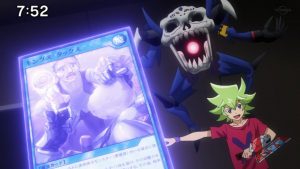 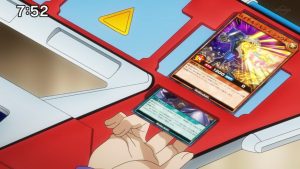 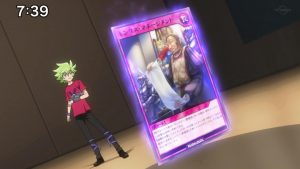 キングス・マネージメント King’s Management
Normal Trap Card
Requirement: If there is a monster (Fiend-Type) in your Graveyard, you can activate when an opponent’s monster declares an attack.
Effect: Until the end of the turn, the attacking monster loses 500 ATK x [The number of Normal Monsters (Fiend-Type) in your Graveyard]. Then, your opponent draws 1 card. 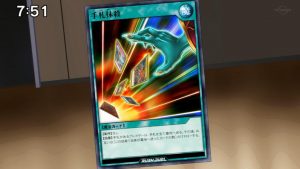 手札抹殺 Tefuda Massatsu (Card Destruction)
Normal Spell Card
Requirement: None
Effect: Players who have cards in their hand, send their entire hand to the Graveyard. Afterwards, both players draw cards [equal to the amount of cards they sent to the Graveyard by this effect.].