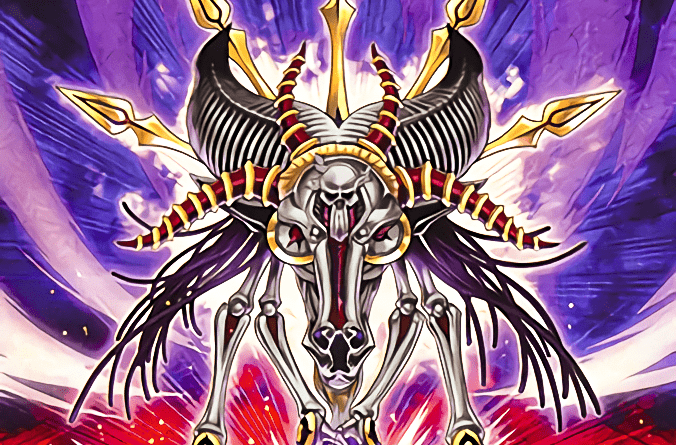 A monster that surpasses Reiji’s Zero Laplace descends, and leads D/D to a 4th D.

Reminder these aren’t confirmed for release. We’re just mentioning them to make them more generally known. 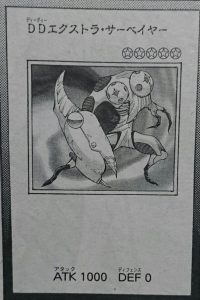 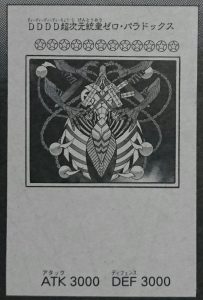 DDDD超次元統皇ゼロ・パラドックス Dii Dii Dii Dii Chou Jigen Touou Zero Paradox (D/D/D/D Superdimensional Supreme Emperor Zero Paradox)
Level 12
ATK 3000
DEF 3000
This card cannot be Normal Summoned/Set. This card can be Special Summoned when you Pendulum Summon a “D/D/D” monster, and the combined value of your Pendulum Scales exceeds that Level.
When this card is Special Summoned: You can destroy all other cards on the field.

統 (Tou) here is a bit complicated, it means mostly “Overall/Control/Rule”, but often it is used to imply things where something has been united under one flag/goal/system/etc. Basically this guy is the Emperor of Emperors.

Reminder, this name isn’t the one used by Viz, it’s merely a placeholder.